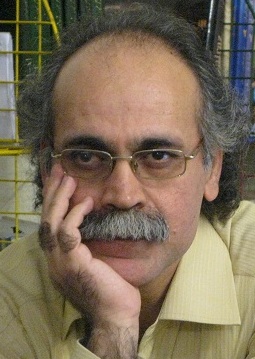 Hassanzadeh has also written two novels for adults and has had some experience in writing movie scripts. He is a founder of the Iranian Association of Writers for Children and Youth and had also been a board member for two terms.

Hassanzadeh has pursued writing humor for children and young adults earnestly. Some of his humor has been published in various publications and some has been turned to books. However, the strong point of his works are novels like Hasti that have been written for young adults. In these novels, he deals with concepts that are important for teenagers and he has tried to portray their concerns. Due to what he has experienced in his life, war has a pronounced presence in his novels. In his novels, he shows the problems that war can cause for children and young adults, e.g. migration, etc. but does not use a motto-like tone.

Some of the books by this author has been translated into English, Mandarine, Malay, and Kurdish.

Farhad Hassanzadeh has been nominated by Iran for the international Astrid Lingren Award 2017 and Hans Christian Andersen Award 2018.