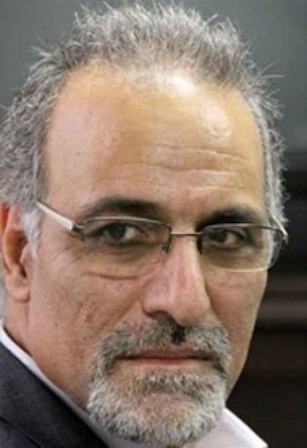 Fereydoun Amoozadeh Khalili, writer and journalist, was born in Semnan in 1960. He majored in maths and computer sciences in Tehran University and entered the artistic field to pursue story writing for children and young adults more seriously.

Besides writing for children and young adults, Amoozadeh Khalili engaged in some press activities such as launching publications like Soroush Nojavan, Aftabgardan ( the first children’s newspaper) and Docharkheh, activities that make him one of the most influential figures in the history children’s and young adult literary press.

He has also been a founder of the Iranian Association of Writers for Children and Youth as well its chairman for several terms and has taught workshops for writing young adult novels.

The downplayed, objective tone that Amoozadeh Khalili uses in his fiction and is sometimes combined with humor gives his works certain features that distinguish them from many examples of young adult literature. The story entitled Two Unripe Dates by this author is among the best of Iranian young adult fiction. Some of his works have been made into animations, e.g Black Yellow.

Selected Awards and Recognitions:
Islamic Republic of Iran’s Book of the Year Award, listed in the International Library of Munich (White Ravens), Best Book Award from the Book Festival of the Institute for the Intellectual Development of Children and Young Adults (Kanoon), Silver Flying Turtle Award, the Golden Moon Award of the Iranian Association of Writers for Children and Youth recognizing the best Iranian writers in two decades