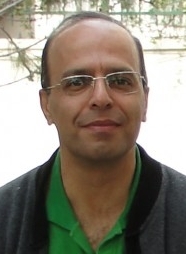 Mohsen Hejri, writer and scholar, was born in 1963 in Borujerd and started his career in children’s and young adult literature in the 1990s.

Besides writing for children and young adults, he has taught children’s literature in Kanoon educational centers, has been a journalist as well as a board member in the Iranian Association of Writers for Children and Youth, and has written theoretical and scholarly books about children’s and young adult literature, among his other activities.

Most of Hejri’s works are related to young adult literature. The history of Iran is one of his biggest concerns and is seen in most of his novels. In books such as The Eighth Region, which is the biography of Sohrevardi, the Iranian philosopher, he uses a narrative approach to relate the lives of important historical and religious Iranian figures. Hejri avoids mentioning religious and philosophic concepts directly and, taking the characteristics of his readers into account, he acquaints them with the culture of their country in the form of a story.

Selected Awards and Recognitions:
Best Book Award from the Book Festival of the Institute for the Intellectual Development of Children and Young Adults (Kanoon), Best Book Award from Quranic Stories Festival, Mehr Book of the Year Award (awarded by Mehr Taha foundation)